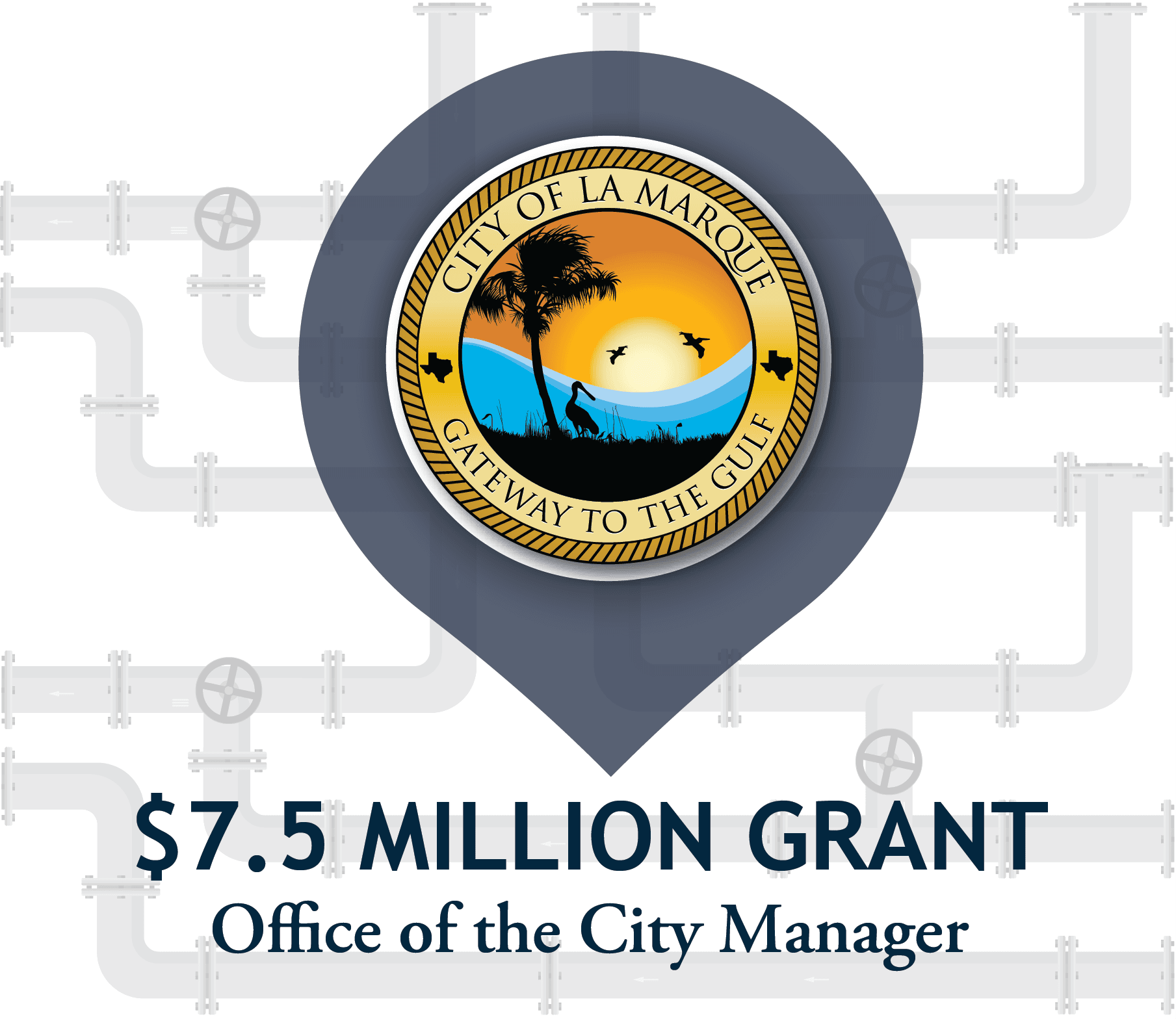 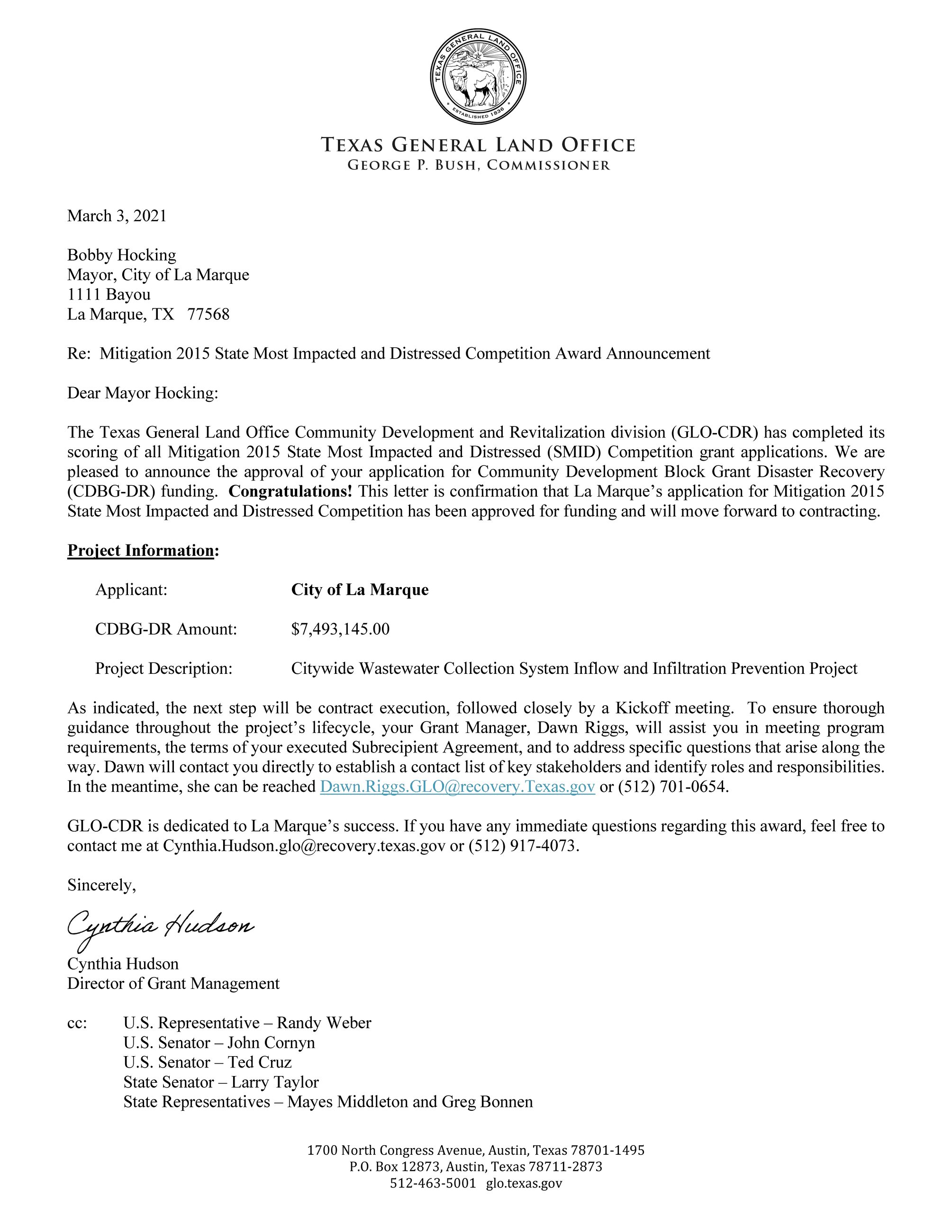 On Wednesday, March 3, 2021, the City of La Marque was awarded a $7,493,145 Community Development Block Grant for a citywide wastewater collection system inflow and infiltration prevention project from the Texas General Land Office.

The grant is part of the City's ongoing dedication to infrastructure improvement in La Marque. The project will replace more than 680 sanitary sewer manhole covers, reducing freshwater infiltration in the sewer system during rain events, and improving the City's underground sewer infrastructure's function. The grant also funds more than 25,700 linear feet of new sanitary line, ranging from 15" to 30" pipes.

According to La Marque City Manager Charles "Tink" Jackson, this grant is part of La Marque's continued focus on infrastructure revitalization across town.

"We're digging out of a hole created by decades of deferred maintenance on vital infrastructure improvements," Jackson said. "At this point, there's no way the City can afford to make all necessary repairs at one time. We're prioritizing and seeking grants to help to reduce financial burden."

Jackson said each time the City is awarded a grant, it allows us to tackle an infrastructure problem without impacting citizens' pocketbooks.

"Grants come from federal taxes," he said. "We all pay into federal taxes every year, so essentially, we've already paid for these projects. As an administration, it's our responsibility to stay focused on grant funding for the future prosperity of La Marque and to take advantage of opportunities available to us."

In the spring of 2020, the City of La Marque was awarded $1.5 million for a residential flood mitigation project. The project is in the design phase, awaiting environmental study.

In the fall of 2020, City administration applied for an additional $48 million. If awarded, sweeping infrastructure improvements could positively change the outlook for La Marque for decades to come.

"Grants take a while," said Mr. Jackson. "It's not a quick process. The applications are long, and the approvals are slow - but it's worth it. This administration will remain focused on grant funding and continue to address La Marque's infrastructure needs."