La Marque is the Gateway to the Gulf and the Hub of the Mainland.

La Marque's history extends back to the days of the Republic of Texas. Located along the banks of Highland Bayou, the largely rural town was settled and named Highlands. During the Civil War, soldiers stopped on their route between Galveston and Houston to purchase buttermilk, earning Highlands the nickname "Buttermilk Station." During the 1890's it was learned that another community existed with the same name. Postmistress Madam St. Ambrose renamed the town La Marque, a French term for "the mark." 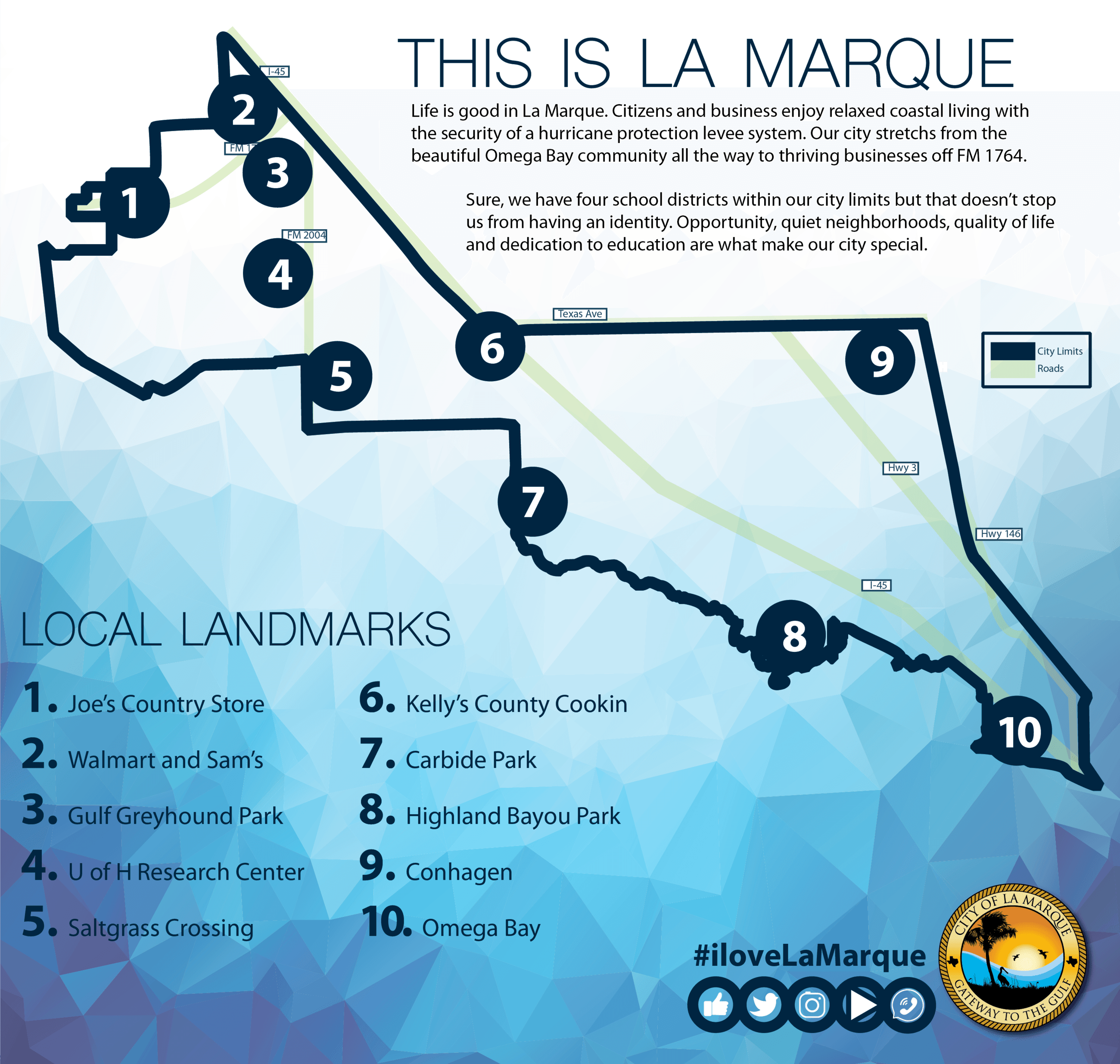